Few of our Featured Donors 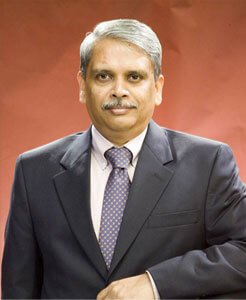 Shri S Gopalakrishnan represents a generation of engineer-scientists who have made India a global player in industry.

Shri Gopalakrishnan joined this Institute in and graduated four years later with an M Sc in Physics and an M Tech in Computer Science. He had the foresight to join the computer industry at a time when it was still nascent in India and thus be at a place which others would seek much later. In 1979, he started his career as a Software Engineer with the Patni Computer Systems and soon rose to be its Assistant Project Manager. He was responsible for developing the distributed process control system for the LD converter at the Rourkela Steel Plant.

After this formative experience, Shri Gopalakrishnan had a fair idea of the shape of things to come and of how a human resource-rich country like India could dominate industry . In an act of supreme courage, Gopalakrishnan in 1981 left a career of success and endless pampering and perks for the uncharted waters of small-scale enterprise in an industry whose future then seemed rosy only in simulation.

That year, along with his friends, he launched the Infosys Technologies Ltd., and Kris, as he is called by his friends, assumed the responsibility in vital areas of design, development, implementation support of information systems for clients in the consumer products industry in the United States of America. He was also instrumental in forming a joint venture, called KSA / Infosys with the KSA group of Atlanta, heading its operations division as Vice President.

In 1994 Shri Gopalakrishnan returned to India as the Deputy Managing Director of his company to head its software services and technology divisions. Never one to say no, his areas of active interest include operating systems, distributed computing distributed software development. He is a member of the ACM, IEEE and IEEE Computer Society, and he frequently lectures in India and abroad on software quality and productivity.

It is the likes of Shri Gopalakrishnan who give India the precious reassurance that its investment in human resources amply justified.